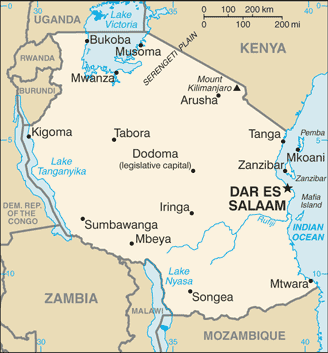 All About Kilimanjaro: The  Top of Africa

Kilimanjaro is a dormant volcano which has three separate volcanic cones, Mawenzi, Shira and Kibo, where the Uhuru summit is located.

Kibo is dormant but it is not extinct.  Three hundred and sixty years ago, the last eruption from Kibo occurred. Volcanic activity that occurred  two hundred years back and resulted in the ash pit (that is visible from the Uhuru Peak)

Hikers journey through five differing ecosystems – from alpine desert to rainforest right up to the arctic snowcap. Climbing 19,340 feet up is undoubtedly an empowering adventure of note.

Approximately 35,000 people launch to climb each year. The number of people that actually reach the top of the summit remains an elusive statistic.

The “Kili” climbs can take between five and nine days, depending on the route you choose and the time you have for the mission and reach the altitude.

The first successful Kilimanjaro expedition took place 125 years ago. In October 1889, mountain climbers on a mission to reach the peak conquered the Mount Kilimanjaro after forty years of previous attempts.

The Venture to Kilimanjaro

Snow capped and close to the equator, Mount Kilimanjaro attracts climbers from all over the globe. Reaching Africa’s highest point is a challenge many seek to undertake. Why?

It is Africa’s highest mountain and the world’s highest freestanding mountain.

Open plains rise up to touch soaring clouds with snow capped peaks at an elevation of 5895m.

Every ecological system existing in the world can be found on the mountain from tropical crops to cultivated slopes, lush forests n wild animals. Cactus like plantations, giant lobelia lies in above the forest. A saddle stretches between the Mawezi and Kobo peaks.

Cactus like plantations, giant lobelia lies in above the forest. A saddle stretches between the Mawezi and Kobo peaks.

The roof of Africa is a wonderland of magnificent beauty.

Kilimanjaro is an accessible summit. The Kobo peak can be reached without any special mountaineering equipment or climbing experience. A determination with proper clothing is all that is needed. The climb takes about six days with about five overnight stays in tents or mountain huts.
Gillman’s point is the lower peak on Kobo and Uhuru peak is the highest point. Spectacular glacier views and a wide crater.It is unforgettable triumph point expedition.

Main tips to take note off.

If you ever make it take a Kilimanjaro expedition, it is the most beautiful place that you will ever reach. It is pushing

The clearest night sky and willowy grass and the second peak loom ominously and untouched as it is an impossible climb.

There is much more along the way to Uhuru. It is about pushing yourself to the limits to gorgeous views from Uhuru, the summit of the Kibo peak.  The entire climb takes you into another world.

Tanzania – The beginning of Creation!
Getting ready for a backpacking venture in Tanzania