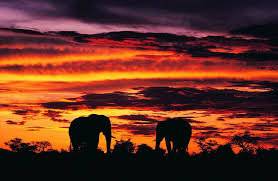 Each service provider will be evaluated prior to publishing to ensure travellers top level experiences on their journey to #ExploreMotherlandAfrica.

We welcome reviews from travellers as well.  All service providers, please provide details and links in the form below.

Travellers tell us about your experiences and recommendation

It is the ideal escape getaway, savoring moments on the pathway reaching the desired destination.

The high point is Great Rift Valley where there are dramatic viaducts, switchbacks, and tunnels. There is also a twenty-eight day Cape to Cairo journey every two years.

The Blue train in South Africa is the most famous and has been dubbed as a  5-star hotel on wheels.

The meals, wine, accommodation with scenery along the 994-mile journey leaves from Pretoria taking off to the motherland of Cape Town takes about twenty-seven hours. This comes with stopovers.

There is also a trip from Pretoria to Durban at certain times during the year. This train journey with exclusive silk lines and bathroom gold fittings, cuisines by top chefs and nature scenes from the window is the ultimate experience in Africa

The Desert Express is a train for tourists between Windhoek and Swakopmund as well as Walvis Bay. There are excursions to the Etosha National Park. The elegant dining room is well equipped and conference facilities are on offer as well.The Desert Express in convenient modern and beats the desert heat.

The Jambo Kenya Deluxe is a route between Nairobi and Mombasa. The overnight leisure trip from city to coast, savannah giraffes, zebras and ostriches are spotted while savouring gourmet cuisine and fine wines.  Comfortable sleeping berths epitomizes the deluxe of the journey

Tanzania to Zambia with TAZARA

The Tanzania-Zambia Railway (TAZARA):  Kilimanjaro and Mukuba express are passenger trains operating on TAZARA.  It runs for 1860km between Dar Es Salaam and Zambia
Running a few times each week, the journey takes approximately two days and nights. This is for intrepid travellers with little concern for luxury or punctuality. The spectacular scenery makes up for delays and service

This antique  ‘Lezade Rouge’ tourist train,  runs daily into Atlas mountains foothills in the south of Tunisia.It passes through mining countries on the route from Metlaoui to Redeyef with periodic views. The journey is an hour long in each direction 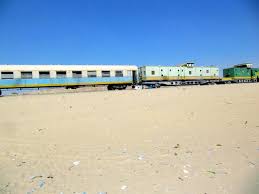 The cultural rich etiquette of the soul of South Africa in townships can hardly be rivalled.

Township tours in Durban weave into the rhymes which were pathways for leaders like Nelson Mandela and Mahatma Gandhi. And an adventure to remember with an unforgettable ‘Shisanyama” (barbecue) mouth-watering feast.

Townships are this day and age are predominantly black or non-white people. Since democracy, the settlements have been developed and upgraded. They are now kaleidoscope suburbs capturing the essence of resilient people. The social vibe and energy is the hub of creativity and small businesses.

The oldest township in KZN is KwaMashu. Renowned for ethnic arts scene a tour in the mesmerizing location captures the essence of unique culture with a flair.

Feel the spirit of true  ‘Ubuntu’, the spirit if humanity in Umlazi the second largest South African township

Umlazi epitomises  “African-ness” with its pulsating energy and vibrant culture.

Feel, taste and see  the spirit of Africa in true essence

In 1967, The National Party established it as a black township. In this day Umlazi has emerged into a buzzing township in South Africa filled with shebeens, “Shisanyama” as well as jazz venues, popular for international tourists.